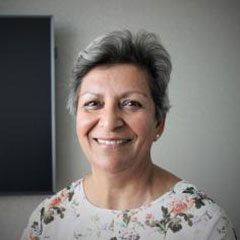 Dr. Imtiaz has over 35 years of experience building and managing complex public health programs involving partners in the public and private sectors. Most recently, Dr. Imtiaz was associate director for the Division of Global HIV/AIDS & TB at the Centers for Disease Control and Prevention (CDC), responsible for program and management oversight of the President’s Emergency Plan for AIDS Relief (PEPFAR) programs in West/Central Africa. An internist by training, Dr. Imtiaz joined CDC in 1984 as the first Pakistani to be inducted into the Epidemic Intelligence Service. She later served as branch chief in CDC’s Global Health Office overseeing Field Epidemiology and Laboratory Training Programs (FELTPs) in 26 countries and starting new FELTPs in Pakistan and India. Dr. Imtiaz also served as CDC director to India, led a task force on the H1N1 flu pandemic of 2009-10, and served as associate chief for program integration for the International Laboratory Branch of the Division of Global HIV/AIDS. During her tenure at CDC, Dr. Imtiaz received a number of awards for her contributions, including the Center for Global Health Director’s Medal of Excellence in Global Health award and the Medal of Achievement for H1N1 Pandemic Response.

In addition to her CDC experience, Dr. Imtiaz led immunization programs for UNICEF in Nepal and for The Carter Center. She also initiated Guinea worm eradication programs in Pakistan, Ghana, and Nigeria. Dr. Imtiaz has taught courses at Emory University’s Rollins School of Public Health; the National Institute for Epidemiology, Chennai; Public Health Foundation of India; and the Institute for Public Health, Pakistan. She is a peer reviewer for several international conferences and public health journals and has published extensively in a number of top-tier journals. 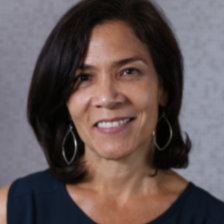 As Deputy Director, Mariana provides strategic leadership and technical direction for the CWW program. Mariana is responsible for overall management, implementation, personnel budget, and financial oversight of the program. Before joining the CWW team, Mariana worked with the NTD Support Center (NTD-SC) providing strategic planning and directed the development and implementation of complex, multi-institutional operational research programs. Her focus was on targeting the special challenges of national NTD programs supported by USAID and providing a rapid research response to these programs. Mariana is also an active member of the Center for Global Safe Water, Sanitation, and Hygiene (CGSW) at Emory University. The mission of the CGSW is to enable organizations and communities to provide safe, effective, and sustainable drinking water and effective and sustainable sanitation and hygiene improvements.

Prior to joining the NTD-SC, Mariana has worked with CARE, World Vision International, and Habitat for Humanity International in various technical areas focused on WASH, maternal and child health, food security and nutrition, embracing program design, and monitoring and evaluation. She began her career in the Democratic Republic of Congo and Mali serving as a Peace Corps Volunteer in the late 1980s. Mariana holds a master’s degree in public health and a bachelor’s degree in environmental design.

As Associate Director for Partnerships and Communications, Girija serves as a liaison with partners and potential donors for CWW and the STH Coalition, and facilitates and guides the day-to-day work of the STH Coalition. In her role as the communications lead for CWW, Girija manages strategic communications and is responsible for the promotion of CWW’s work and engagement with global STH partners. In addition to her responsibilities at CWW, Girija serves as the co-chair of the Ensuring Sustainable Systems cross-cutting group in the NTD NGO Network (NNN).

Girija comes to CWW from the International Trachoma Initiative (ITI), another program of the Task Force for Global Health, where she led their communication and knowledge management platforms and was responsible for strengthening partner relationships with groups such as the International Coalition for Trachoma Control (ICTC). Girija also managed ITI’s drug donation to a dozen countries in Africa, the Middle-East, Central America, and Asia, working closely with partners from Ministries of Health, international NGOs, and the World Health Organization to ensure that communities fighting blinding trachoma received needed quantities of Zithromax®, an antibiotic donated by Pfizer and managed by ITI.

Before joining the Task Force, Girija led the maternal and child programming for Global Health Action in Haiti and was responsible for program development, monitoring and evaluation, partnerships, communications, fundraising, and grants management.

As an Epidemiologist, Sanjaya leads in the development of survey tools, provides country-specific scientific leadership in survey implementation, data management, curation, and analysis. Sanjaya brings experience in both the government and private sectors. His prior experience includes working at the Centers for Disease Control and Prevention (CDC) for eight years in different capacities, including a tour as an EIS Officer at the Food and Drug Administration. He was part of the CDC’s response to the H1N1 outbreak in the U.S. and the Ebola outbreak in Sierra Leone. He also worked as a consultant at BlueCross BlueShield Association and the World Health Organization. His research domains include outbreak investigations, epidemiologic methods, and public health program development and evaluation. 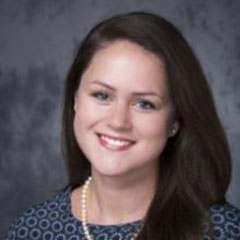 Cara supports the overall technical and operational functions of CWW. Cara oversees CWW’s work in Kenya and is responsible for providing programmatic support to the partners there. She also contributes to the analysis and mapping of program data across multiple counties. Before joining the team, Cara worked in humanitarian relief and development in 10 different countries. Her experience includes capacity building, proposal development, grant management, donor relations, monitoring and evaluation, emergency and outbreak response, and managing country portfolios. She also served as a United States Peace Corps volunteer in Mozambique, where she helped to develop community-based health education programs. She holds a bachelor’s degree in microbiology from Auburn University and an MSc in Public Health for Development from the London School of Hygiene and Tropical Medicine. 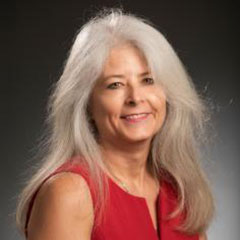 As Project Support Specialist, Cassandra leads the NTD Supply Chain Forum, a unique public-private partnership that includes some of the world’s leading experts in pharmaceutical supply chain systems for donated drugs. Cassandra ensures that partners such as the World Health Organization, pharma donors, and implementing partners (NGOs) work together to ensure that needed medicines make it the many miles from their point of manufacture to endemic countries and eventually to the communities that need them. Cassandra also assists with the management of albendazole, a drug donated by GSK for the treatment of intestinal worms and lymphatic filariasis. In her current role, she has seen a record billion-plus treatments of albendazole shipped to 87 countries in a single year. Her experience at the Task Force for Global Health also includes project management, accounting, budgeting, and data analysis. Before she found her passion in public health, Cassandra worked for several years in the private sector, managing large scale commercial real estate projects.

Cassandra holds a Bachelor of Science degree in environmental health from East Tennessee State University and a Masters of Business Administration from Georgia State University. 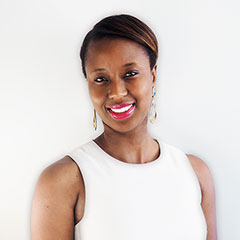 As Program Assistant, Sallay provides administrative, programmatic, and logistical support to the CWW team. Before joining CWW, Sallay worked in both domestic and global health. Domestically, Sallay worked at the Department of Health and Human Services’ CMS Innovation Center where she was the Communications and Monitoring and Evaluation Lead for the Value-Based Insurance Design and Part D Enhanced Medication Therapy Management models. Her global health experience includes serving as a United States Peace Corps Volunteer in Namibia. During her tenure, she helped develop and implement antiretroviral therapy adherence programs for adolescents living with HIV/AIDS within the Oshana and Oshikoto regions in the rural northern part of the country. Sallay holds a Bachelor of Science degree in Health Administration from California State University.